Economics of Abuse: an issue of morality

If I benefit from abuse, am I complicit with it?

In early April I spent a week with my husband visiting the deep south for the first time. We went to Savannah, GA and Charleston, SC. During our week away, I got a better sense of southern history, southern mindset, southern pride, southern love of land. The early economics of our country came alive for me, so that I finally grasp some of the nuances of the early relationship between the states, between the wealthy and the poor, the free and the enslaved.

A diagram on how to pack a slave ship.

This visual, appalling as it is, does not affect me as much as this one (I can’t seem to access it except as a link), which I saw in one of the museums we went to, probably the (excellent) Slave Market Museum in Charleston.

Although the visuals hit my heart hard, the knowledge that our country’s past treatment of slaves as product to pack up and pack out, to “grow,” to distribute, to trade isn’t news to me. I doubt it’s news to anyone.

I’m kind of embarrassed to admit it, but I learned much of my early American history through the musical 1776. Though silly, romanticized and slanted, there is one song in there that powerfully addresses the North’s holier-than-thou attitude to our country’s history with buying and selling humans as property and economic assets. The “Triangle Trade” brought wealth to the North whose shipping industry built and financed slave ships. Slaves worked the cotton that fed New England mills as well as European markets. Slaves brought knowledge on how to grow rice, which was the first big crop grown in the wetlands of Savannah and Charleston. It was so successful it was called “Carolina Gold.”

The landscape of these coastal regions is littered with the remnants of the rice plantations, many of which have now been transformed into wildlife refuges.

Panorama of the old rice fields at Magnolia Gardens outside of Charleston. Now a Nature Reserve.

But even though none of this is news, even though I wasn’t surprised to learn some more of the details of this region’s relationship to slavery, I have been jarred right out of my white liberal complacency. If I had lived back then, what would I have done?

What do I do now? Because I know darn well I benefit from abuse.

Our markets treat animals as product that is “grown” as opposed to “raised.”  I buy the beef and chicken I can afford. I don’t ask too many questions about how the animals are treated; I don’t want to know because I’m an omnivore and I like my meat.

I drive a car that uses gasoline, benefit from factories that spew gunk into our air, buy plastics and products that are packaged in plastic (I could probably fill a dump with the amount of pens I go through alone) that leach into our environment.

Photo credit: The U.S. National Archives on VisualHunt / No known copyright restrictions
View of the Ewen Breaker of the Pa. Coal Co. The dust was so dense at times as to obscure the view, January 1911

I don’t ask how the workers who make the cheap shoes or t-shirts I order over the internet are treated either. 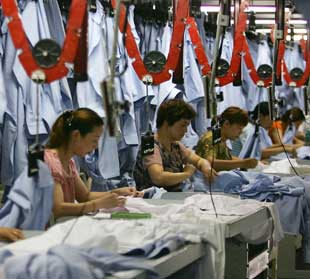 That’s not quite true. Sometimes I do ask. And then I vow I will only buy American made shoes or clothing, because (I tell myself) we have laws and watchdogs that protect our workers. Or clothing that is labeled “Fair Trade.” And only natural fibers! I vow I will only buy pasture-raised beef, free-range poultry.

But then, I forget. I’m in a rush, or the sale is too good to pass up, or the shoes are just too cute, or the fleece too cosy and practical, or I don’t have the kind of money to afford the lifestyle of the socially responsible. Sometimes I just get tired of “being good”–it costs more, it takes more time, no one else is doing it. Why should I bother? What difference will I make?

I HATE it when I get like that. But I do. Because…I’m human too. And as I struggled to even know what I want to say here, it’s this: I just want to do my best.

I need to be really careful about the temptations to feel “holier than thou.” I don’t know what my thoughts would have been, nor my actions, had I lived as a middle class white person in the South of Antebellum US. I don’t know what I would have done in Nazi Germany either. Or if I were a police officer and I felt scared and threatened and I had a gun.

So I’m trying not to judge. I’m trying to be more aware of the choices I make automatically–and then to see if there’s something I can do that’s better. Some way to reduce, not just my white guilt, but my human guilt.

I’m really curious how others balance/make peace with this huge issue of benefitting from the evils of our standard of living.

This entry was posted in Personal, Travel, writing and tagged accountability, ethics. Bookmark the permalink.

2 Responses to Economics of Abuse: an issue of morality