Spirit of Life-part one

“Spirit of Life”–that’s a big title for an occasional blog to tackle, but this April was quite an adventure in spirit for me. 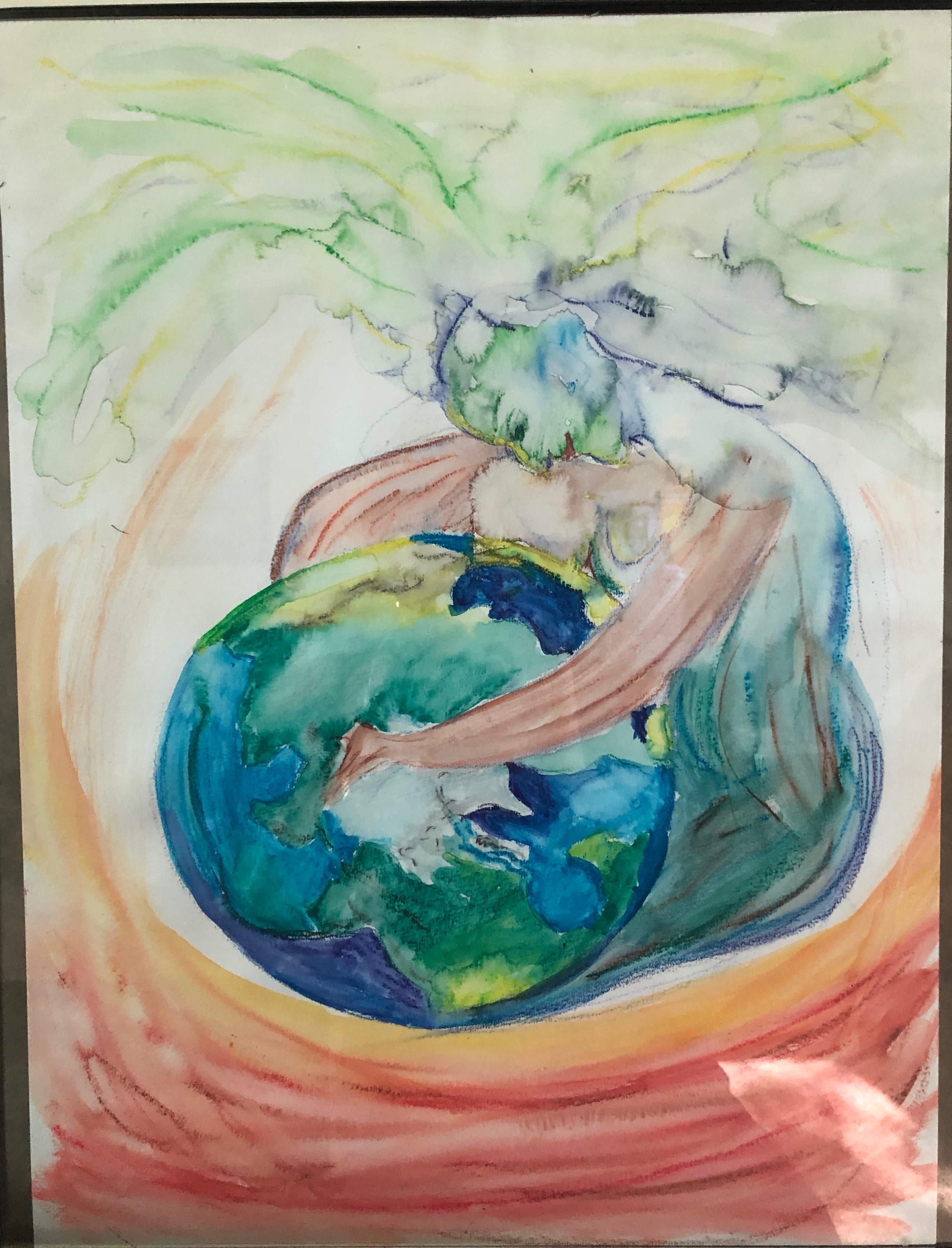 Years ago I painted my image of God. I think of God as the Life Force, the Chi that runs through all living creation and connects us together. I think of Life as stemming from the planet herself: Gaia holding the energy in her womb. 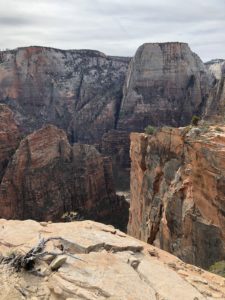 In April I traveled to the Southwest US, beginning with a Road Scholar tour of Zion National Park,

then stayed outside of Taos, 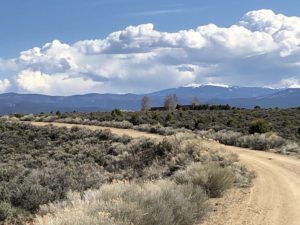 The gorgeous light of high desert above Taos, NM

and ended by supporting a Sun and Moon spirit dance in Tucson.

The landscapes I visited were so different from what I’m used to in the Pacific Northwest–and each very different from each other, despite all being desert climates.

In Zion, I was introduced to the geology of the area, which necessitated some background education in geological time in general. To place humans on the timeline of the planet, we looked at at a 25 foot tape measure stretched out as far as it can go: its length represented 4.5 billion years–how old scientists now think Earth is. Humanity comes in at the relative time of the metal alloy that coated–coated!– the edge of the clasp at the end.

A simple diagram of time and life development on Earth on a 12-foot tape measure (note: I did the math myself, so I wouldn’t trust this for, say, a school project or anything.)

I have a 12-foot tape measure, and so of course I have to do the math here. Each inch represents 31,125,000 years. That’s thirty-one MILLION years for an INCH. This blows me away. Single celled organisms came in about 3.5 billion years ago–before that, who knows what life was? If the planet was formed at 12 feet on the tape measure, single cells come in around 9.3 feet–close to 1/4 from the beginning of our planet. One-celled organisms remained the status quo of life on the planet until 600 million years ago, when multiple-celled organisms first came into existence. On our tape measure, that is 19.25 inches–just a little over a foot and a half from “today.” Life as we know it– I mean beyond single-celled organisms!–is pretty darn recent. Humanity on this scale is too thin to measure.

A big benefit of this exercise was to give me some perspective on how big a number a billion is.

But it also broadened the way I think about Earth. Partly it’s because I got to see that this planet isn’t all about “life.” So much happened on Earth, slowly from our point of view of course, that had nothing to do with life. Tectonic plates shifting under seas, colliding, separating, creating mountains and grand oceans and plateaus. Sand dunes petrify. 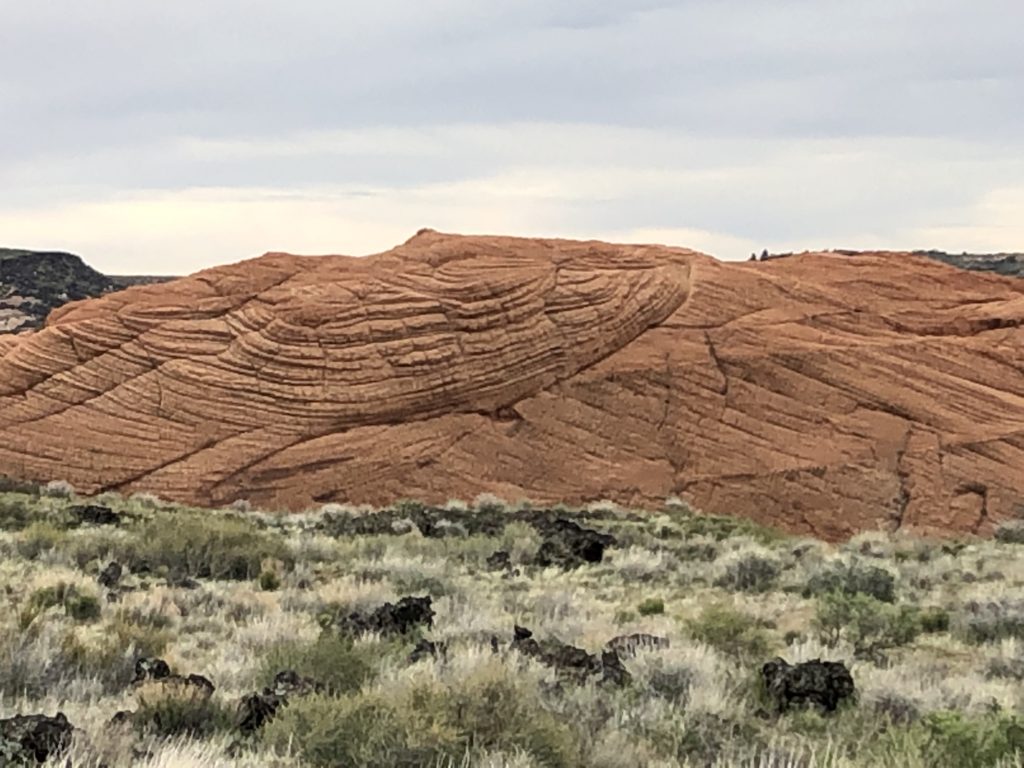 at Snow Canyon, not far from Zion. Petrified Sand Dunes

A huge plateau is lifted, then a river might, over time, cut through the sandstone, allow wind to come in and further erode the rock. Over eons. 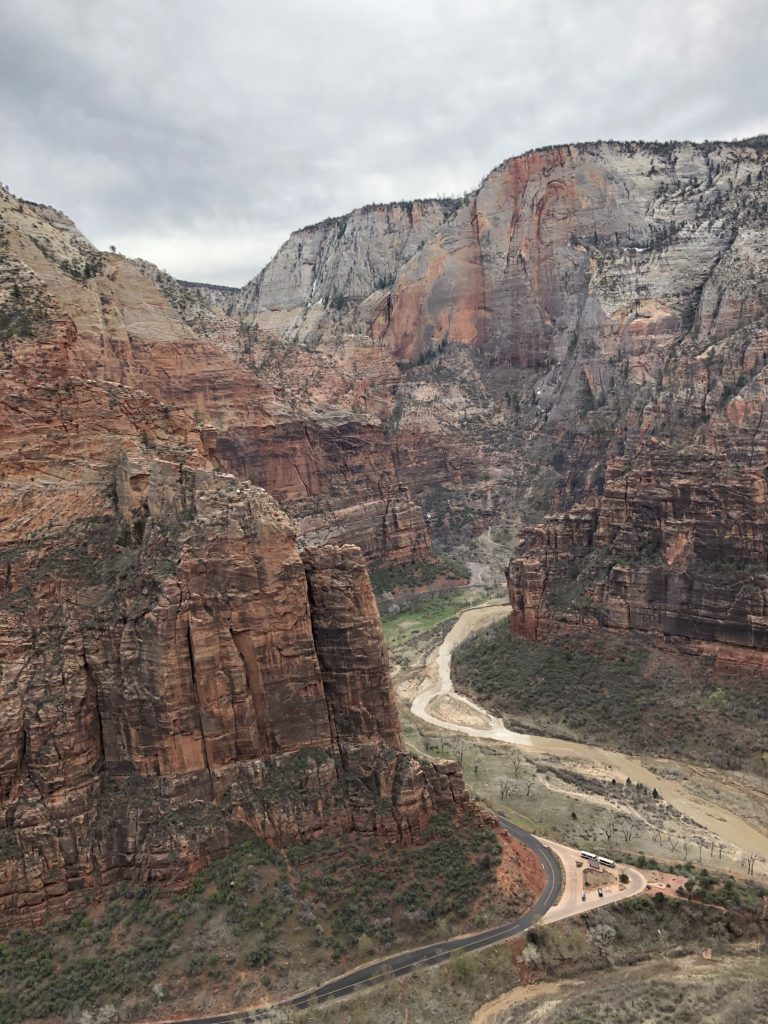 The Virgin River cuts through the sandstone of the Colorado Plateau, here at Zion National Park

Spectacular beauty. And the fact that plant and animal life has adapted to the rigors of this land is both exciting and awe-inspiring.

But setting that aside, now I’m wondering where the Life Force was during the one billion years before single celled organisms came into being? Does Chi require actual life in order to exist? Is Chi in the rocks themselves? I’ve been reading enough lately about the thought processes in fungus and trees, how plants communicate, that forces me to broaden my perspective. The concept doesn’t seem too weird to me, so I probably read about or watched a fantasy or sci-fi show where rocks and dirt and water were somehow sentient. Or maybe these elements are vessels for holding energy, just as we are. Chi being the force from which life stems, not life itself. Woo.

Next post I’ll talk about the second part of my spiritual journey in April, the part that was full of ritual and intimate connection to the Spirit.